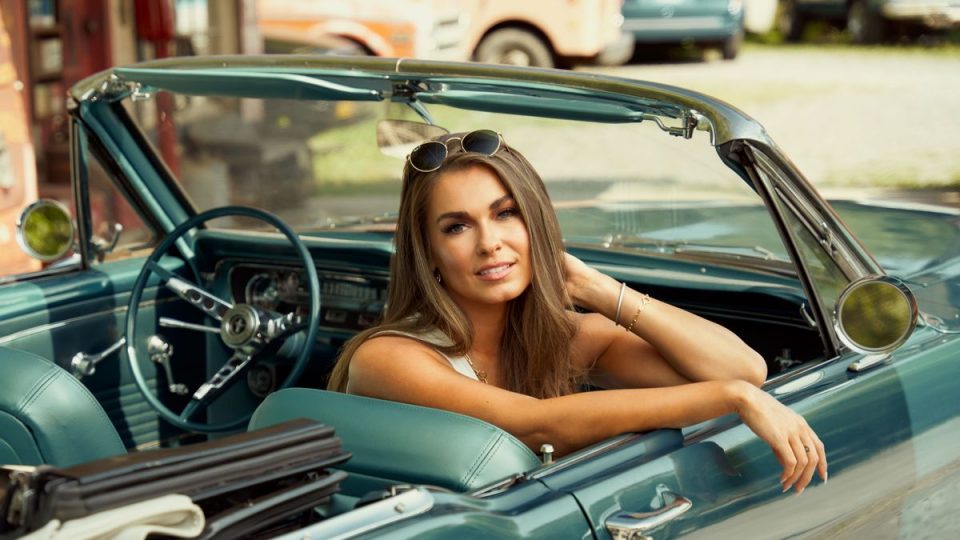 Tiffany Woys hopes followers see her new video for “About Love” and lean in.

“Don’t be terrified of it,” she says of affection. “Take possibilities and comply with your coronary heart. I feel we spend a lot time worrying in regards to the ending of issues we by no means even let issues have a starting.”

“About Love” was written by Jason Saenz, Sara Haze and Sam Ellis, and Woys says it’s about “feeling a love so nice and looking for a method to make somebody really feel that nice love.”

Woys explains the tune appears like “the start of one thing – the sensation you get whenever you’re falling for somebody.”

She needed director Robert Chavers to convey that feeling within the music video, too. Whereas she doesn’t advocate occurring a joyride with one thing folks simply met, she needed to indicate “what it appears like to like at first sight.”

“I used to be having an excessive amount of enjoyable to be drained,” she stated of the video shoot. “It’s additionally enjoyable when you’ve got different folks within the video! I additionally thought it was so cool to see Broadway with all of the lights on, however nobody there. It was oddly peaceable.”

The completed clip is exactly as she had envisioned.

“Robert Chavers by no means lets me down!” she says. “To date, each video we’ve completed has been so completely different from the final, which has been a lot enjoyable. We’re capable of take a look at out all of our artistic ideas. I hope you’re keen on this one as a lot as I do.”

Woys is a CMT “Subsequent Up Now” artist who counts LeAnn Rimes, Religion Hill, Celine Dion, Michael Jackson and Carrie Underwood as her greatest influences. As a toddler, she liked acting on stage. Woys recorded her first album and went on the highway by the point she was 20 years previous. She moved to Nashville from her native California about three years in the past and has recorded songs written by a few of Music Metropolis’s most revered writers, together with Mickey Guyton, Emily Shackelton, Shane McAnally, Trevor Rosen, Nathan Chapman and Chris Dubois. Woys made her nationwide TV debut this fall when she carried out the nationwide anthem on the NASCAR Cup Sequence playoff race from Darlington Raceway televised on NBC Sports activities.