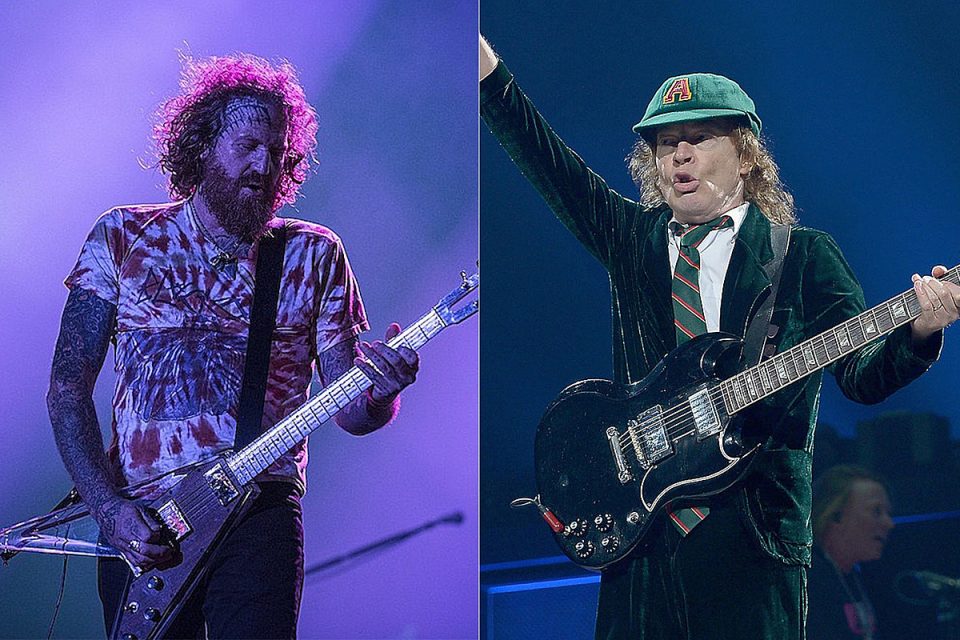 It is all too widespread that we hear tales about musicians having been forbidden from listening to rock music at residence once they had been youthful. But, they nonetheless handle to make a profession out of it. Mastodon‘s Brent Hinds mentioned that AC/DC was like a faith for him rising up, although he wasn’t allowed to hearken to it… due to faith.

The Mastodon frontman detailed his love for AC/DC on the podcast, AC/DC Beyond the Thunder. He grew up in Birmingham, Alabama, and the primary instrument he discovered to play was the banjo, which he used to show himself to play Led Zeppelin‘s “Stairway to Heaven.” Ultimately he upgraded to an acoustic guitar, and his father promised he’d get him an electrical one if he caught with it.

“I used to be additionally forbidden to hearken to AC/DC and KISS and Black Sabbath due to the satanic connotation of it,” Hinds admitted. “It was the paintings and the lyrics, and all the music titles.”

“My dad’s actually spiritual, all of my relations are. So that they had been [like], ‘You may’t hearken to AC/DC or Black Sabbath, you may go to hell.'”

Thus, Hinds needed to sneak his music tastes. He bought ahold of a Freeway to Hell cassette tape whereas he was on trip in Florida together with his household across the age of 11, and listened to it alone by the pool. He was sunburned so badly that he had a white sq. on his chest, as a result of that is the place he left the cassette participant.

The rocker described his first time listening to AC/DC as “electrifying,” and that it made him really feel “actually alive.”

“Angus [Young] is likely one of the first guitar gamers that I used to be actually, actually influenced by as a result of once I heard different guitar gamers on the similar time, they had been doing stuff that was like, too complicated-sounding,” Hinds defined of AC/DC’s impression on him.

“AC/DC is sort of a faith,” he praised, together with Thin Lizzy. “It is the quintessential rock ‘n’ roll band.

Take heed to the complete interview beneath.

Brent Hinds Speaks to the AC/DC Past the Thunder Podcast

LiveXLive Launches ‘Self Made’ Auditions